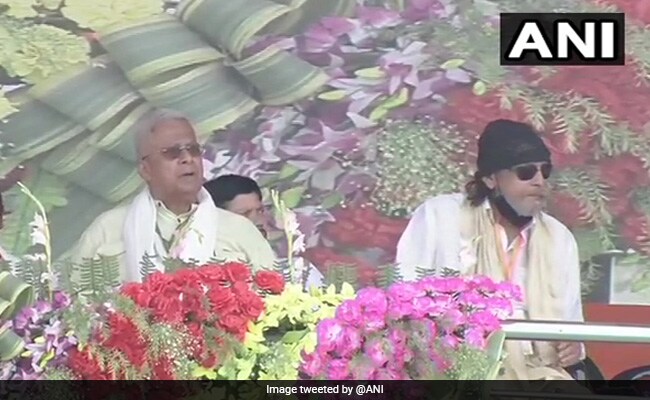 Prime Minister Narendra Modi arrived in Kolkata this afternoon to address a massive rally, his first in the state after the Assembly poll dates were announced last week. The anticipation over his visit was only fueled further by popular actor Mithun Chakraborty’s presence at the venue. The star joined the BJP shortly before the main event began at the city’s Brigade Parade Ground.

Sir Chandrasekhara Venkata Raman (CV Raman) delivering a talk in 1958. Look at the board. What an era before PowerPoint and Beamer presentations. What precision and neatness!!