Farmers protest and the Ugly face of Democracy : Govt has to be extremely careful 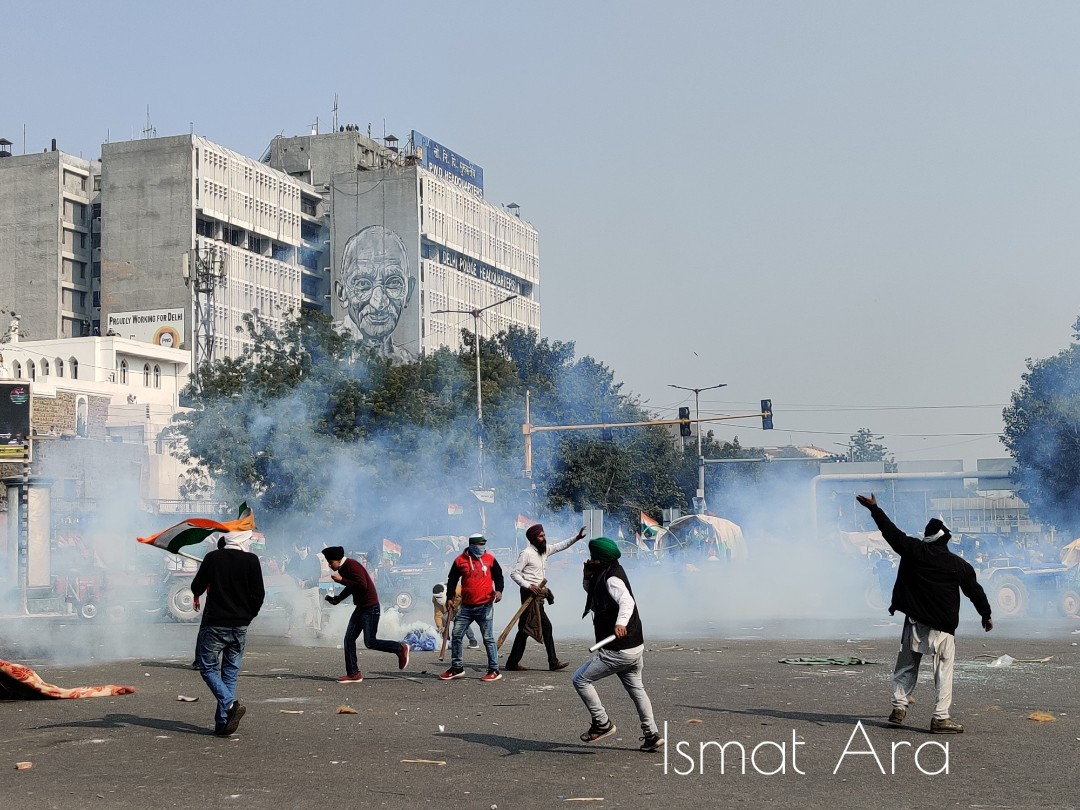 As early as when the farmers protest has started we have warned the government to be extremely careful and take this farmers protest with multiple dimensions as seriously as it can. Indeed the government has been conducting talks with the farmers union but the fact remains that yesterday on the eve of 26th January the protestors broke all thresholds and demonstrated the true and ugly side of the protest.

if one had followed social media after yesterday’s event, one would have noticed the kind of despair in the BJP and right wing supporters. While there were some angry posts others were simply frustrated. IT shows that citizens and supporters of Modi government are not happy with the developments

Therefore this is the time to pause and analyse all that has been happening. WE are of the opinion that the government and all her well wishers are not getting the true and clear picture of certain events that have happened since the past one year. And the most obvious observation is these are not normal times. Therefore the question is what the government should or must do?

Let us give our opinion for the same in no uncertain terms:-

1. Involve some more people in consultations and advice. We would like to request the government to expand her circle and bring more trusted and nationalists persons in the inner circle. The government has to seek more suggestions and counselling.

2. Bring RSS / Sangh into active role: We would like the Modi government to take the top three trusted persons of The Sangh into confidence for preparing the roadmap of the future. BJP without the Sangh is a man with out soul and let us accept this. Though we have the charisma of PM Narendra Modi and HM Amit Shah, but the basic building block and backbone of this government has always been the sangh.

3. Be Pro-active : Govt must look like it is pro active and make sure that no issue suffers. Pl note that this is a general perception and may not be true.

4. The farmers protest ( or whatever it is) has shown how vulnerable democracies have become. This can be exploited by any enemy country or unfriendly lobby. The government has to enact laws to safeguard the boundaries of the capitol in no uncertain terms. The Delhi government led by Arvind Kejriwal has to be clearly told who is the boss here and must be asked to simply concentrate on administration rather than playing politics. At times the govt seems to appear too liberal and in don’t care mood. This is dangerous. WE have come very far now and the water has reached neck and nose levels. If we don;t wake up now also then only God can save us from catastrophe.

5. Get all the trouble makers of yesterday’s protest and bring them to the court of law and order. NO incidence should be allowed to pass without scrutinising accountability and responsibility. The role of farmers union leaders and people like Yogendra Yadav have to be identified. Even the action of Rajdeep Sardesai for spreading fake news has to be brought on the table. The govt must understand that it has won 303 seats with a clear and powerful majority. There are people who expect the Modi government to strengthen the country at all levels. And that requires bold actions not only in Kashmir but in all other places.

6. The Sikh factor- handle with care; We request the government to take due actions but also with patience and wisdom. There are people who are painting Sikhs in bad light. This is not done and will harm the nation. A few wayward Sikhs cannot and do not represent the Sikh community and the state of Punjab. PM Modi must personally address the sikhs and remove any kind of doubt or misgiving. The sikhs suffered badly during 1984 riots. There is heavy external interest in them, by Pakistan, China and other agencies. People know that Sikhs represent a sizable part of Indian army and has been a known warrior class. The government has sto be therefore extremely careful in this regard.

7. The government must take control in her hands now. Enough of this farmers protest. While it should not fall into the trap of protestors to use heavy aggression against them it can selectively take some of the leaders in custody or put them as nazarband . In any case this protest has to stop now by any means except using force en masse.

Nepa mills: waiting to live life again! Can the government revive the Nepa Mills and the old vibrant city and expedite its Rehabilitation process on fast track

Old post: Why you should not ignore Science and Tech. Threats arising from gaps (read China) in Science and Tech are far more serious than assumed. Wish list of a CONCERNED AND ANXIOUS citizen.- 2